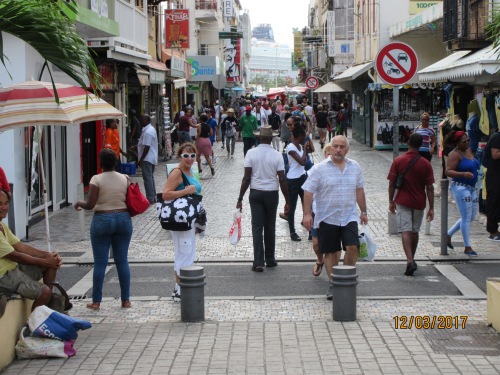 Martinique is a large island and Forte-de-France is a large city with sprawling suburbs of stately white apartment buildings. Ici en Martinique, on parle français parce que nous sommes en France.‎  Reminiscent of South American port cities, there is a large port area and we are birthed in the industrial area. We walk into the downtown core. No one is hawking anything and we enjoy the peace of it all. We stroll along the waterfront boulevard lined with clothing, perfume and shoe stores. We visit the large cathedral full of tourists and light candles for Dave’s deceased cousin Claudia and for her daughter Louise who both died prematurely last month. We do some shopping and head to the Fort on the hill. It is Monday and it is closed today – darn. No beach today either. We head back to the ship and rest up before catching a wonderful singer from Las Vegas – Savannah Smith. She sings a whole bunch of great songs like Bonnie Rait’s sorrowful “I can’t make you love me”- best show we have seen so far. 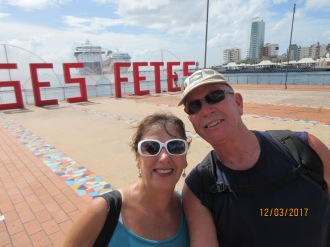 There is a link to Canada.  After the Seven Years War known as the French and Indian War in North America (1754-63), France attached little value to its North American possessions.  When the British asked France what they wanted to retain, New France or the islands – Martinique, Guadalupe and St Lucia, they chose these highly profitable sugar-producing islands as part of the terms of the Treaty of Paris.  For France, however, the military defeat and the financial burden of the war weakened their monarchy and contributed to the advent of the French Revolution in 1789. 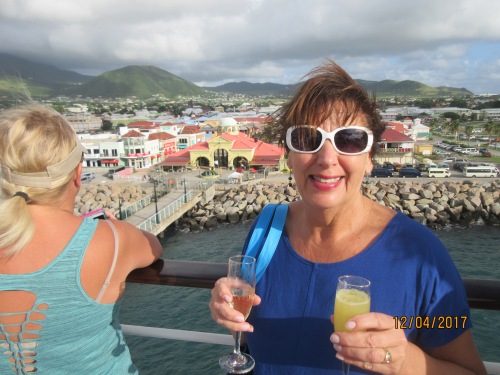 St Kitt’s by contrast is one of the smallest islands in the West Indies with a large volcanic shaped peak at its centre. We venture off and find the best shopping yet at the lowest prices. I pick up a lovely water colour painting of the local Catholic church. Marie some perfume for Michelle. ‎Ball caps are 3 for $10. Look out Tim and Kyle! We chat with some friendly sales clerks. There is a large group of young children all dressed in colourful uniforms from a nursery school. We feel beached and islanded out at this point so head back on board for a lazy afternoon. 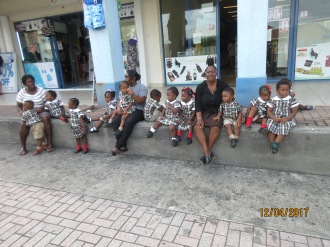 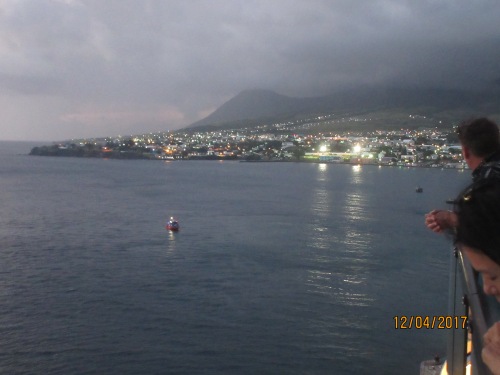 Pulling away from St. Kitts