Pope Francis will visit the Auschwitz Extermination Camp this Friday.  I am delving into what went on there.  Here are a couple of books of interest on this subject.  Note, neither book is morbid but well worth the read.

I read Primo Levi’s book first that tells his personal story of surviving for over a year in Buna-Morowitz Concentration Camp in Poland (Auschwitz 3).  He is an Italian Jew chemist who survives by being chosen to work in the laboratory from which he could steal food and fuel for barter.  The most harrowing part is perhaps the last chapter dealing with how several hundred sick prisoners survive a week in January after the departure of the SS and before liberation by the Russians.  This is after 10,000 “healthy” prisoners are marched off to the west by the Nazis, never to be heard from again according to the author.

There is not a lot of mention of the gas chambers nor of God in this book.  Nevertheless it is a classic for the way it describes what happens to man when all comfort, hope, compassion – humanity in short – is removed from one’s life.  For example, those who kept asking questions or tormenting themselves about their condition, tended not to survive.  Those who deadened themselves to all feeling, obeyed and guarded their light, tended to survive.

“A country is considered more civilized the more the wisdom and efficiency of its laws hinder a weak man from becoming too weak or a powerful one too powerful.”
“We believe that the only conclusion is that in the face of driving necessity and physical disabilities, many social habits (e.g., not to steal from others or show compassion) and instincts  (e.g., to help others) are reduced to silence.”
“We would like to consider that the Lager (camp) was preeminently a giant biological and social experiment.”
“After 5 months in the Lager, we were old Haftlinge (prisoners): our wisdom lay in not trying to understand, not imagining the future, not tormenting ourselves when it would all be over; not asking ourselves or others any questions.”
Arbeit Macht Frei – Work Makes Freedom (the sign over the gate at Auschwitz 1).
I liked the sprinkling of German and French words used in the text. e.g., Jawohl, Komandant! (Aye, sir) and Musselman (Muslim) for someone who had given up. Tour de force or masterpiece does not do this book justice.  A 20th century work of art comes closer.  Highly recommended read for people of all ages!  I really liked it, 9 out of 10.
The 2nd book by Frankl – Man’s Search for Meaning is different.  Victor Frankl, an Austrian neurologist and psychiatrist also survived Auschwitz.  He was able to survive partly because as a doctor, he was given higher value work and somewhat protected by the camp medical staff.  He is the founder of “logotherapy”, a form of existential psychotherapy.  The latter half of the book explains this therapy in detail.
His basic thesis is that we should ask not what life means as there is no definitive answer to this. Rather, it is in the fulfilling of what life presents us with that each finds the unique meaning of life for us.  He cites the example that every so often, a prisoner would refuse to get out of bed in the morning.  No matter how firmly beaten, they would lie there in their own excrement.  They had simply stopped living i.e., refused to fulfill what life was presenting them with.  Predictably, they would die within 2 days.
This book is somewhat “clinical” and Frankl sets out to prove that his logotherapy is right based on his premise that man’s main quest is for meaning in life.  I did not quite finish the book as I am more interested in what happened at Auschwitz rather than the psychological explanation.  A few quotes:

“There was little sexual perversion.  Even in his dreams, the prisoner did not concern himself with sex.  Perhaps in part due to the general preoccupation with getting enough food.”

“The depth and vigour of religious belief often surprised and moved a new arrival.”
“Then I grasped the meaning of the greatest secret: that the salvation of man is through love and in love.”
I would rate this book a 7 out of 10.  Depends on what you are looking for I guess. 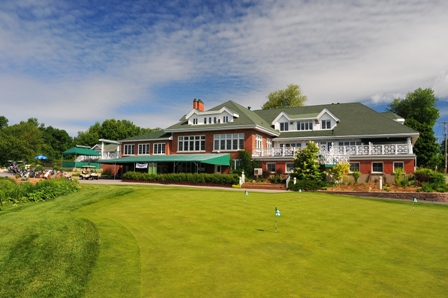 This is an interesting book on the relatively recent awakened ecumenical consciousness of the Roman Catholic Church.  The author traces in detail the history of schisms and the protestant reformation before going on the explain what dialogues are now firmly underway between the Church and various other Christian churches.  The guiding vision of “koinonia” he explains, is about building relationships with God, one another and the world rather than insisting on “a return to” or seeking only to reestablish the primacy of the Pope over all Christians.  It was the Vatican II Council that set this new tone and direction with such documents as Unitatis Redintegratio (Decree of Ecumenism) (http://www.vatican.va/archive/hist_councils/ii_vatican_council/documents/vat-ii_decree_19641121_unitatis-redintegratio_en.html ) The theologian Yves Congar is quoted many times and given much credit for this awakening.

While there is considerable hope for reunification between the Roman Catholic and Orthodox faiths, contemporary barriers to additional progress are many.  The nature of ecclesial communion remains a big stumbling block.  Catholicity requires communion i.e., union of all the local churches and with the church of Rome.  Congregationist and other non-episcopal churches have only loose bounds to each other by their very nature.  Ministry including recognizing the orders of other Christian communities, the role of women, marriage of clergy as well as the effective functioning of the papacy in a world community of churches, requires much much more investigation.  Finally, the presence of neoconservative movements is without doubt, antiecumenical and can impede progress.

The aim of intereligious dialogue is different.  The Church holds dearly that there is only one redeemer of people, Jesus Christ.  But the Church professes in Nostra Aetate (Relation of the Church to Non-Christain Religions) ( http://www.vatican.va/archive/hist_councils/ii_vatican_council/documents/vat-ii_decl_19651028_nostra-aetate_en.html ) that God has a means of extending salvation to members of other faiths by means we may not fully comprehend.  A second conciliar teaching is that the right to religious freedom has its very foundation in the very dignity of the human person.  It is acknowledged that these non-Christian religion do immense good in this world.  Consequently the Church rejects nothing that is true and holy in them.

The author falls short of mentioning what can and is taking place between the Church and members of Traditional Religions (native African and other indigenous peoples religions).

I found this book informative but was disappointed that there is no call to action for lay people.  There is little or no mention of the appropriate role of the laity in ecumenism and interfaith dialogue.  Such dialogues are going on between committees of church authorities and theologians behind closed doors.  While progress is being made, it is not something we hear about on Sunday morning.  We are increasingly aware of such organizations as the World Council of Churches and the annual prayer service for Christian unity.   However at the local level, we are often not sure of ourselves and may look to our clerics for direction.  Perhaps there is need for a sequel on how lay people can take more control and get involved in the ecumenical movement.  This could help us ward off the troubling trend we see around us that “a stranger is an enemy”.  It also might help families deal better with mixed marriages, multiple religious traditions and neigbours in our increasingly pluralistic world.

As I was reading this prayer this morning I was thinking it was written by a Saint or someone like Henri Nouwen.  To my surprise, it was composed by an unnamed Confederate soldier, presumably during the U.S. Civil War 1861-65.

As America seems to be at war with itself again, it is a great prayer I thought worth sharing for its humbleness and hope.

From Magnificat Year of Mercy Companion 2016