Marie and I are on a Divine Mercy pilgrimage to Poland. It is organized by the John Paul II Centre for Divine Mercy in Ottawa: http://jp2centre.com
We are among a group of 50 pilgrims including 3 priests from the Companions of the Cross congregation.
What is the Divine Mercy (devotion)?  A devotion first of all, is a practice of piety not part of the official liturgy of the Roman Catholic Church but part of the spiritual practice of Catholics.  An example is the Devotion to the Sacred Heart of Jesus.
The Divine Mercy message is that Jesus Christ’s gift of mercy to each of us is his most important gift. In a series of visits, he conveyed the importance of his mercy to Sister and mystic Faustina Kowalska (now Saint) in Poland during the 1930’s. He asked her to inform the world.  She faithfully documented these visions and messages in her extensive diary.
Jesus also asked St. Faustina to:
– have his image painted with the blue and white rays emanating from his heart with the inscription “Jesus I trust in You”
– pray and teach others the Divine Mercy Chaplet using the Rosary
– have the first Sunday after Easter declared Divine Mercy Sunday in the Church
In 2000 Pope John Paul II canonized‎ Sr. Faustina and declared Divine Mercy Sunday on the first Sunday after Easter, just as Jesus had requested.  Poland is the spark for all this.  We are very excited to be going there to see the places where Saint Faustina lived, prayed and experienced Christ’s presence and to visit her shrine in Krakow.  We also will be visiting the Marion shrine of our Lady of Czestochowa (The Black Madonna) and the John Paul II Sanctuary shrine in Krakow.
We always enjoy your comments. 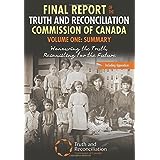 I borrowed this book from the library and did not finish it all.  I wanted to know a little more about the aboriginal situation in Canada.  It is very detailed, well written it seems by lawyers for lawyers and, very convincing.

The elevator speech.  For 100 years or more, the government of Canada had an assimilation policy or law (Indian Act) that impelled native children to be sent to boarding school where they were forced to learn English/French, be evangelized with Christianity, to eat western foods or wear clothes they were unaccustomed to nor allowed to leave and go home when they wanted to.  In addition there is detailed proof of physical, sexual and psychological abuse of these children.  Countless thousands died of disease and were unceremoniously buried in unknown grave sites all across the country.

This “Malthusian” solution did not work and that is why we now have the many social, economic, cultural, legal, health, racial and spiritual tradition problems that we hear about everyday in aboriginal communities, cities and towns across Canada.  Most non-aboriginal Canadians have inadequate knowledge of this history and consequently tend to blame the victim for the situation.

In 94 Calls to Action, the TRC calls for continued apologies, education, funding, respect and support for aboriginal culture, language, spiritual traditions, justice as well as adoption of the U.N Declaration on the Rights of Indigenous Peoples as a legal framework for reconciliation.

The Catholic Church (60%) along with the United, Anglican and Presbyterian churches operated the bulk of these residential schools where all this took place.  Hence they are directly involved in the financial settlements, reconciliation, apologies and rebuilding of relationships and trust for a brighter future for our aboriginal populations.

Regarding the Catholic Church involvement, the Canadian Conference of Bishops (CCCB) and the Canadian Religious Conference (CRC) as well as individual religious communities e.g., Missionary Oblates of Mary Immaculate have issued formal written apologies as well as contributed millions of dollars and work in-kind as part of the Settlement Agreement.  However one of the outstanding problems is that no one speaks for the Catholic Church in Canada as do the national leaders of the other mainline Christian churches involved.

This is why the TRC calls for the Pope to make a formal apology for the residential school sins in Canada as was done for the abuse of children in Ireland some years back.  As well the Vatican’s repudiation of the Doctrine of Discovery and terra nullius (no one’s land policy) policy which were used by sovereign countries to claim ownership of aboriginal territories upon discovery, is seen as weak.  They claim this theology was repudiated years ago by Papal Bull so the fact that countries continued to use it as justification of colonial actions is not their responsibility (I think).

I am left staggered by the mess we got ourselves into and the complete about-face it now requires to alleviate the wrongdoing.  Meanwhile we are bombarded with nightly news e.g. suicide crises and crime that reinforces the casual viewer’s view that the first nations people are their own worst enemies.

One thing I am not clear on: A clear vision of what success looks like to the aboriginal populations e.g., a return to native ways of life, justice and spirituality, respect, understating and appreciation of their many contributions to Canada, opportunity to choose integration or cultural freedom with health, education and financial support?  All of these?

In the moment, I am thankful for this increased understanding of Canada’s history and how we are trying to change and make amends for the wrongs we committed to our aboriginal friends.