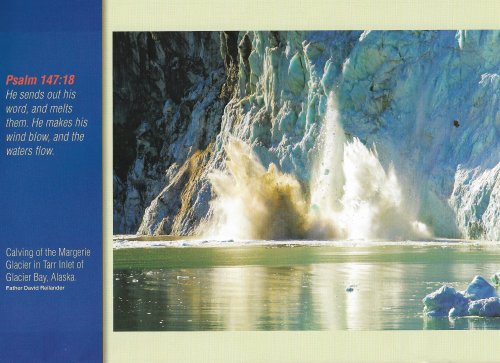 “Alaska the Last Frontier” is the catchy tag line that seems to capture visitors’ concept of Alaska well.  However, Marie coming from Newfoundland and Dave having lived in Vancouver, remained a bit skeptical at first. 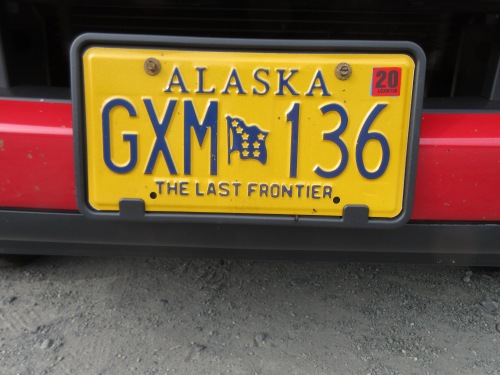 After 2×3 hr flight‎s from Winnipeg we arrived safely in Anchorage on a warm sunny day.

Our taxi driver gave us a running commentary on the way in.  Everyone loves the outdoors here – fishing, hunting, hiking, etc.. “If you don’t, you probably won’t like living here.” he quipped.  He loves fishing and is used to the colder weather now.  He loves it here.

We notice that it was visibly hazy.  He explained this was smoke from some nearby forest fires. You could really smell it. There are more airplanes in Alaska per capita than anywhere he stated, as we drove by the biggest float plane port in the world.  We later learned only about half of Alaskan pilots are licensed to fly!  He went on to praise Canada and said “Paris married New York and they had a baby and called it Montreal.”, which he really loves to visit.  Cute.

Coming in we saw small trees, a lake, brown grass, some ducks, all much like home. We adjusted our clocks back yet another hour from Vancouver.‎ We could see that there are a lot of indigenous people here with a Pacific look about their faces.  Wow, another rich cultural experience here.

Our hotel was functional but on the outskirts. Fortunately there was a mall next door with a grocery and wine store. The clerk in the wine store insisted we show age ID!  So we contented ourselves with a nice meal in the room of crab, baguette and wine. Then we slept 10 hrs!

The next day we picked up a rental car and drove SW out the pretty Turnagain Arm off the Cook Inlet.  It was Captain Cook who “discovered” and mapped the coast of Alaska in 1778, hence the name.  Magnificent mountains come tumbling down to the Sea as the tide runs out and back in quickly. We stopped for some photos in the sun. Magpies everywhere, beluga whales offshore.  Continuing on we headed for the Mt Aleyaska Resort Hotel. The sun staid out and the smoke dissipated a bit.

We took the tram up about 1500 vertical ft and gazed at snow covered Mt Aleyaska. It’s peak is almost 4000 ft above sea level. There is a massive ski hill here too with double black diamond trails. This reminded Dave of his Whistler skiing days long ago – 9000+ ft above sea level and a whopping 5000+ vertical ft ski run!  Aleyaska rivals but can’t compare.  Aleyaska means “great country” and was the original name of Alaska we learn.

Descending we drove lazily back to Anchorage in time to meet our friends from Arnprior, the Dohertys and Correaus, for dinner.‎  The Doherty’s had taken a land tour first and spent time in Denali Park where the great Mt. McKinley towers 20,310 ft. The Correaus had flown in to Anchrage the day after us and were staying at the same hotel.  A great night was had by all!

The next day we drove with the Correaus NW to Eklutna Lake for a photo shoot.  It was very beautiful and somewhat reminiscent of Lake Louise. ‎After returning the car we hooked up with the Dohertys and went to the town market which was full of artisan works. During a humorous scenic trolley ride around town we learned:
– pop of Alaska 740,000
– pop of Anchorage‎ 300,000
– 1964 Alaskan earthquake near Anchorage magnitude 9.2, the 2nd strongest ever recorded in history
– only 7 fatalities in Anchorage as it hit at 5 PM on a Good Friday with no one in school, on the road etc. (126 elsewhere in Alaska died sadly due to tsunamis and landslides) 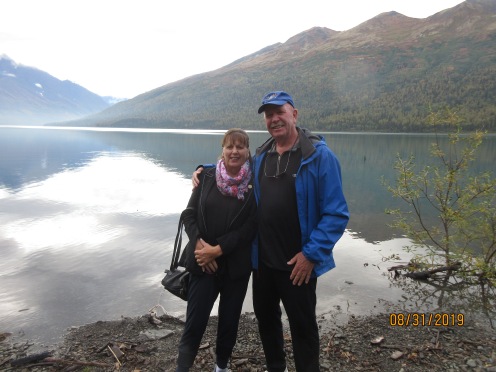 Finished with a tasty succotash dinner (corn, lima and other beans), the end of our short wonderful stay in Anchorage.‎  Alaska, the Last (American) Frontier is sure a great place to visit so far. 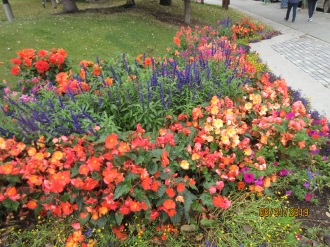