In the 1690’s, the policy of Louis IV became expansionist and aimed at hemming in the British east of the Appalachians.  To secure this strategy, Pierre accepted a mission to Louisiana to find the mouth of the Mississippi River in the Gulf of Mexico and select a good site to block entry into the river by other nations.  Accompanied by brother Jean-Baptiste Le Moyne de Bienville, in October 1698, he sailed with 4 vessels.  After successfully locating the mouth of the Mississippi, he established a temporary fort on Biloxi Bay (Fort Maurepas, present day Ocean Springs, Miss.) and leaves a garrison of 81 including his brother Bienville in charge and returns to France. 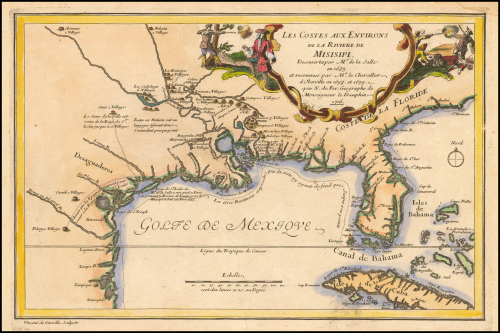 Pierre Le Moyne d’Iberville was awarded the cross of the Order of St. Louis, the first Canadian born to receive it.  In 1700 he returns to Louisiana and builds Fort Mississippi, 40 miles inland on the river.  He argues for colonization of Louisiana to contain the rapid expansion of the English in the Carolinas.  Adequate resources were not initially forthcoming.  In a 3rd voyage, he establishes Fort Saint-Louis at Mobile (Alabama).  He advocates policy to befriend the Indian tribes in the Mississippi basin by means of trade and religious missionaries in order to strengthen the French presence. 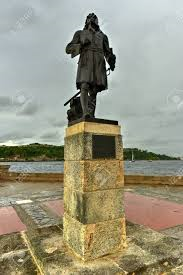 Statue of Pierre d’Iberville in Cuba

Iberville’s health is deteriorating due to malaria attacks and he writes his memoirs while back in France.  In 1705 he is well enough to lead a squadron of 20 vessels to the Spice Islands of Martinique, Guadalupe and Nevis in the British West Indies.  It was during this campaign of fear that accusations of fraud, illicit trade and manipulation of the King’s stores were aimed at the Pierre and his brother Serigny.  In July 1706, Iberville suddenly dies while on a stopover in Havana, likely due to complications from yellow fever.  He is buried in the Church of San Cristóbal (Havana Cathedral).

Pierre had married Marie-Thérèse Pollet in 1693 and had 5 children.  They lived mostly in France.  After Pierre’s death his great fortune was tied up in the aftermath of the “Nevis Affair”.  An inquiry found him guilty of fraud and his estate was ordered to pay back 112,000 livres.  Hi wife remarried and moved to Paris but this debt drained her inheritance.

I would like to finish with a quote from Bernard Pothier’s excellent on-line biography of Pierre that I have used for this mattersofthemoment series:

“However devoid of military or political consequence the career of Pierre Le Moyne d’Iberville may now appear, his achievements are nevertheless of lasting significance. Indeed Iberville’s exploits, like those of no other in New France, illustrate the physical and moral strength, the resourcefulness and adaptability that were required in some measure of the whole colonial society to survive and prosper in the exacting wilderness conditions of North America. The fierce patriotism, the bravery, even the savage cruelty, which characterized Iberville’s campaigns against the English, were to a lesser degree the qualities essential to all life and progress in early North America. In this context, Iberville is an important figure, and is beyond doubt the first truly Canadian hero.” 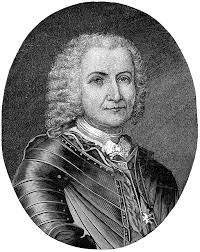 Bienville, Iberville’s younger brother was left to govern the slow growing Louisiana colony.  In the spring of 1718, he founded New Orleans which becomes its capital.  It was named after Philippe II, Duke of Orleans.  In 1723, Governor Bienville moved into his new home in the French Quarter, in what is now the Custom House.  Thus it is a Canadian born who is the founder of one of the most culturally unique cities in North America.  If you google Iberville or Bienville, you will find dozens of towns, schools and communities which proudly bare these names today. This is living Canadian history folks.  Thanks for reading. 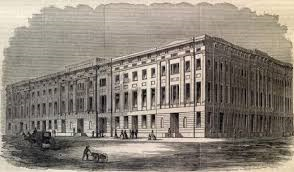