The term, Son of man, is used by Jesus 80 times as a way to refer to himself (32 times in Matthew; 14 times in Mark; 26 times in Luke; and 10 times in a qualitatively different way from the Synoptic Gospels in John).  In all these texts Jesus is the speaker; no one ever addresses him as Son of man.  When we were in the Holy Land, Dave asked Sammy why? 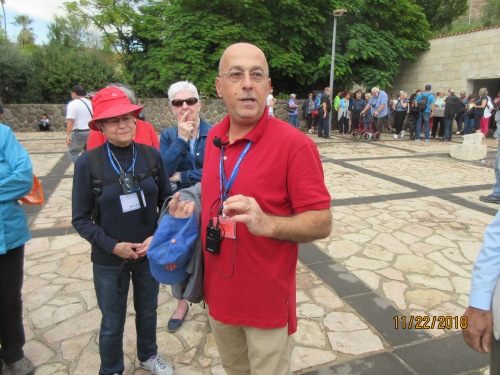 “In my vision at night I looked, and there before me was one like a son of man, coming with the clouds of heaven.  He approached the Ancient of Days and was led into his presence.  He was given authority and sovereign power; all peoples, nations and men of every language worshiped him.  His dominion is an everlasting dominion that will not pass away, and his kingdom is one that will never be destroyed.”

In the Aramaic and Hebrew languages “son of man” means a human being or simply a human.  However Jesus refers to himself as “the Son of Man” i.e., using the definite article.  The most plausible explanation I have found goes like this.

Jesus wanted to obscure his divine identity so as to fulfill his ministry on earth.  If he came right out and publicly called himself the Son of God, he would likely have been lynched as a madman by his fellow Israelites.  Instead, he refers to himself mysteriously as the Son of Man e.g., in Mark 10:45 “For even the Son of Man did not come to be served, but to serve, and to give his life as a ransom for many.”

These references to the Son of Man would have been very alarming to the Pharisees as they no doubt knew the scripture reference in the apocalyptic book of Daniel.  However as Jesus was being obscure, they could not pin anything directly on him.  When Jesus asks the disciples, “Who do you say I am? it is Peter who says you are the Christ, Son of the living God.  Jesus tells them not to tell anybody.  It is only near the end when Pontius Pilate asks Jesus are you the King of the Jews and Son of God?  “I am” answers Jesus finally.

Nevertheless the term Son of Man remains a mysterious one.  There is no scholarly consensus on just what Jesus meant.  Was he trying to emphasize his humanity in the context of his humble earthly work?  Or, was he referring to his coming suffering, death and resurrection?  Or perhaps his future coming in heavenly glory as Daniel 7 seems to suggest?  What do you think?  This is a one interesting thing I learned about on our Holy Land pilgrimage. 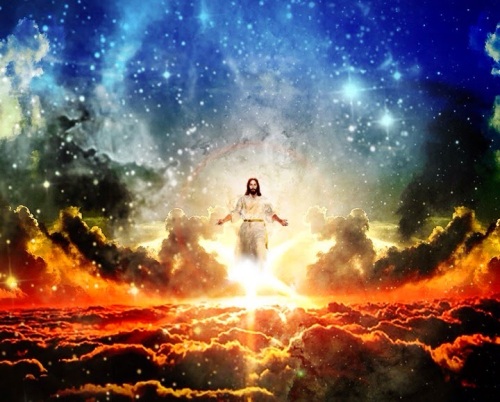