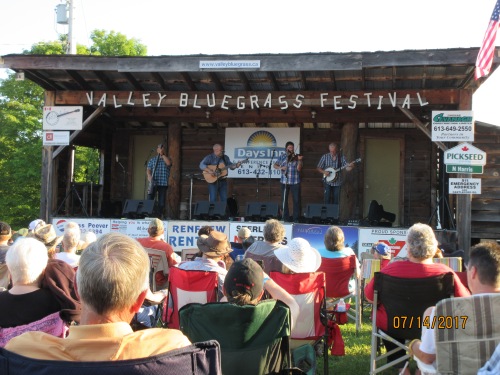 We went again this year to the Valley Bluegrass Festival in Horton Township, just north of Renfrew.  It was a pleasant evening on the Johnson farm where the event is held each year.  We only stayed for 4 shows, the first 3 being very good.  The last was a little too slow and dated for us.  Each show runs about 45 minutes with a 5 min pause in between. 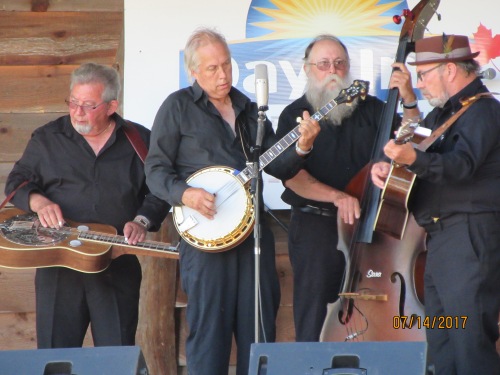 I particularly like banjo music and the harmony of 3 or 4 singing voices.  Marie enjoys the banjo too and also the overall creativity of the music.   It’s lively and humorous with pranks and crowd banter and light-hearted insults flying back and forth.   It can get repetitive so when some of the bands stray into country and folk music, that’s just extra spice.

Bluegrass music is American roots music, related to county music but influenced by the music of Appalachia – that American cultural region from southern New York to northern Alabama, Georgia and Mississippi.  It also has Irish, Scottish and English traditional music influences.  One of my favorite bluegrass radio stations is WDVX in Knoxville, TN. 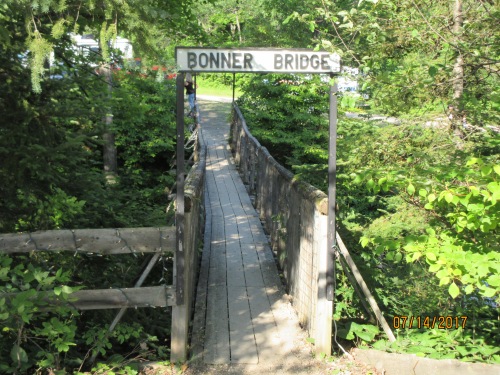 Foot bridge from the campground to the stage area

The Spinney Brothers from Nova Scotia are really excellent

There are more and more bluegrass festivals popping up locally with some really great Canadian talent.  One is held at the Navcan Centre in Cornwall and another in Iroquois that we plan to attend next spring.  This was the 23rd annual Valley Bluegrass Festival, and the profits go to the Renfrew Hospital.  It’s a great way to spend a summer evening!

Another growing event is the Arnprior Dragonboat Festival.  This year there were 15 boats with 20 paddlers in each entered in the day of racing.  They race in the Madawaska River by the marina.

The weather was great and everyone had fun.  It can be quite physically challenging if you have not trained for the big day.  Luckily there are several doctors present on several of the teams, if needed

Perhaps next year Marie and I will make a team for the first time.  A great fun day for sure.  This festival is putting Arnprior on the map. 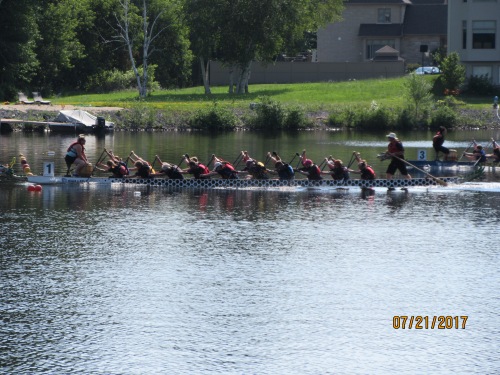 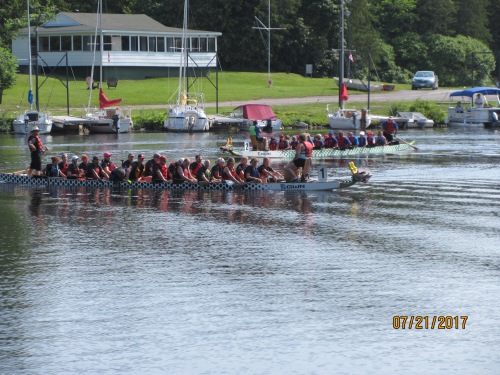