We saw the Blind Boys of Alabama the other night at the Ottawa Jazz Festival. They put on a great show and had the crowd of 5000 or so up dancing and cheering.

Formed in 1944, they consisted of four blind singers and four other musicians. There goal is to “spiritually uplift audiences.” They succeeded.

It was hilarious. One singer would stand and take the lead with another two singers sitting and singing harmony. The fourth would sit back dormant and we thought he was having a heart attack. Then he would rise and start dancing and singing while the previous lead would sit and go dormant.

They sang a range of gospel songs that the audience loved. The highlight was a guided walk through the audience by the lead singer while proclaiming “Yes He does.” and shaking his microphone in the air and towards people’s faces. Who says Ottawa has no appreciation of gospel music?

We traveled through Alabama in March 2014 stopping in Montgomery and Birmingham. The highlight was a pilgrimage to the EWTN (Eternal Word Television Network) studios, chapel and Franciscan monastery in Irondale, just outside of Birmingham. We attended the Mass and sat in the second row which is easily visible on the TV Masses they broadcast on the Internet every day.

The Crimson Tide refers to the University of Alambama football team who won an important game against Auburn in 1907 in the red mud. You may remember the 1970s Steely Dan song Deacon Blues “…they call Alabama the Crimson Tide, they call me the Deacon blues…”

In Alabama the announcer on the radio will say things like “Have a blessed weekend”.  I wish you the same. 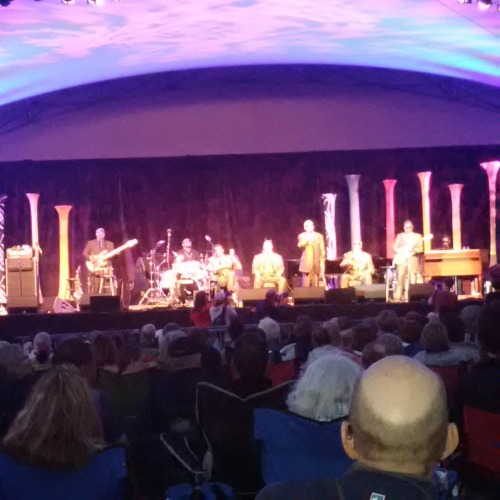 The Blind Boys of Alabama at the 2015 OIJF 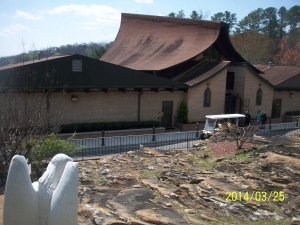 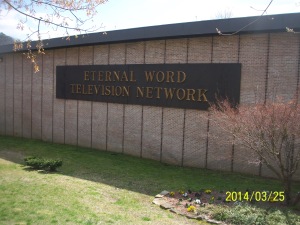