Yesterday was the feast day of Saint Maximilian Kolbe.  We had a special Mass in our church followed by veneration of a first class relic of his courtesy of the JP II Centre of Divine Mercy in Ottawa.

Two years ago, Marie and I went to Poland on a spiritual pilgrimage and stayed at his shrine in Niepokalanow (City of the Immaculate Mother of God).  While St. Maximilian is known for his martyrship at Auschwitz, he is perhaps not as well-known for the global evangelization he did during his life. 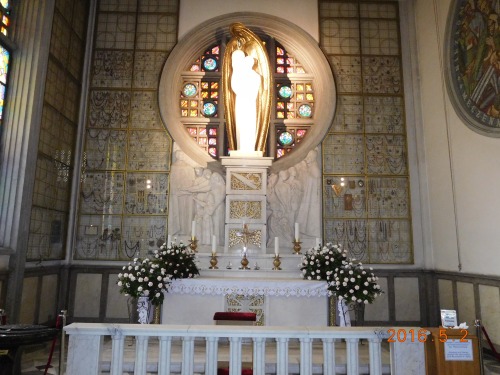 It`s Altar with the Virgin Mary

Witnessing vehement demonstrations by Freemasons against Popes St. Pius X and Benedict XV while in Rome, in 1917 he organized the Militia Immaculatae to work for the conversion of sinners and enemies of the Roman Catholic Church, specifically the Freemasons, through the intercession of the Virgin Mary.   In 1922 he founded the monthly periodical Knight of the Immaculate in Poland which eventually had a circulation of 750,000.

Entrance to the Chapel-Sanctuary in one of the original buildings

Museum filled with his artifacts

But Maximilian was just starting.  In 1927 he founded a Franciscan monastery at Niepokalanov that was at one time, the largest in the world with as many as 700 friars and brothers.  He then founded a similar community in Nagasaki, Japan which survived the atomic bombing.  He founded a monastery in India in 1936.  He returned in poor health to Poland and started a radio station Radio Niepokalanow.

He continued his work after the outbreak of WWII.  In 1941 he was arrested by the Gestapo.  On August 14 he died due to an injection of carbolic acid at Auschwitz after having volunteered to take the place of another prisoner chosen for death.  He was canonized by Pope John Paul II in 1982. 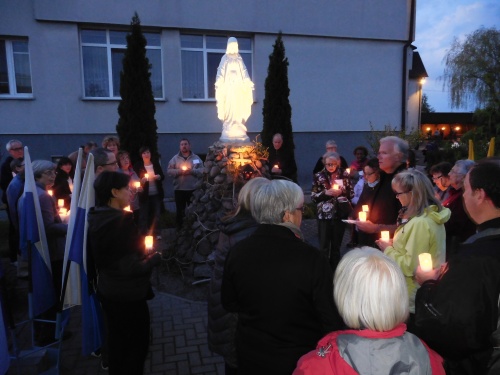 Our candlelight ceremony at his shrine

“In order that obedience be supernatural it must not proceed from reason, but from faith.”

― St. Maximilian Kolbe, Let Yourself Be Led by the Immaculate

St. Maximilian Kolbe, pray for us.