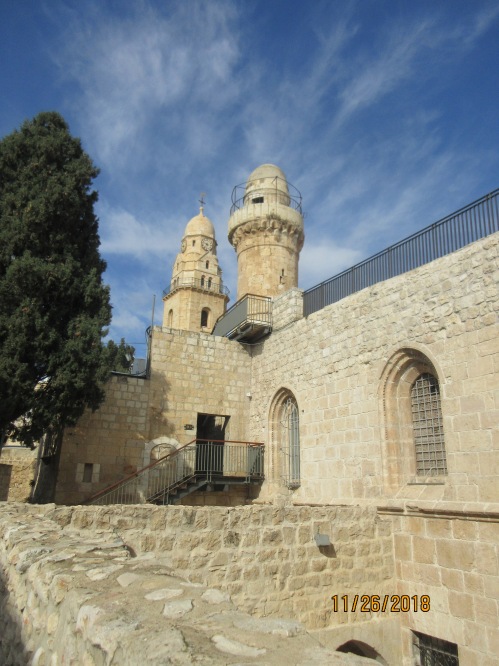 The Hebrew root “siyyon” means castle and may or may not be the source of the word “zion”.  Zion is first named in the bible as a fortress conquered by King David (2 Sam 5:7).  Zionism is the movement that supports the reestablishment of the Jewish presence in the traditional homeland of the Jewish people.  Mount Zion is an actual place in Jerusalem.

The location of Mount Zion has migrated over the years from being the City of David’s lower eastern hill, to become the upper eastern hill or Temple Mount and finally to today’s location – a prominent hill in west Jerusalem just outside the old city walls.  It is famous for many reasons.  This is where Jesus held the Last Supper, where he appeared to the disciples after his ressurection, where the Christian Religion was founded at Pentacost, where Mary’s life on earth ended and where Jews honour King David’s death.  We went there on our 7th day of the pilgrimage.

“Centered around a Hagia Sion sign (Mt. Zion) are a Franciscan chapel, a tomb of David (probably not historical), the Church of the Dormition (falling asleep) of Mary, and the Cenacle or Upper Room, built over a large historic basilica. This is just outside the wall of the Old City built by the Ottoman Turks in 1,500 C.E. Acts 2 and Acts 12 suggest the family of John Mark owned a dwelling that became a safe place and center for the followers of Jesus, including Mary. After his release from prison, Peter made his way to the house of John Mark. It is probable the Last Supper, the appearance of Jesus, Pentecost and the assumption of Mary all transpired here. Mosaics on the floor of the Church of the Dormition feature a ship, symbol of the church, and a circle centered on the Trinity, major prophets, minor prophets, and the apostles going out to the whole world.

As the first church in Jerusalem, with its first bishop James, the early Christian community saw this as a new Mt. Zion and a new Jerusalem. Zion itself is further down in the Kidron Valley where the City of David is located. It is ironic the Jews insist on the tomb of David being here under the Upper Room that is under Israeli control, so Christians are allowed to have a prayer service and not a complete mass on Pentecost Sunday only, because they cannot tolerate Christians praying above the supposed Tomb of David. That included Pope JP II who donated a tree of peace to the Cenacle.”

Also known as the Coenaculum or Cenacle (meaning dining room in Latin), the Room of the Last Supper or Upper Room, is located immediately above the Tomb of David on Mount Zion.  It is believed to be the place where Jesus ate the Passover meal which turned into the Eucharistic meal.  It is also where the Pentacost took place – the descent of the Holy Spirit on the Disciples – the official founding of the Christian Church. 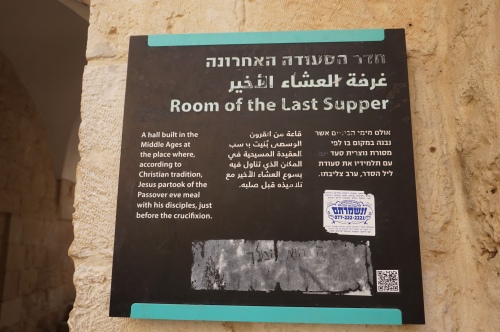 It is indeed a large room.  The building, dating from the 4th century CE, has experienced numerous cycles of destruction and reconstruction culminating in the Gothic structure we saw below.  Some arheologists believe the cenacle is built on the ruins of an earlier Holy Zion basilica. 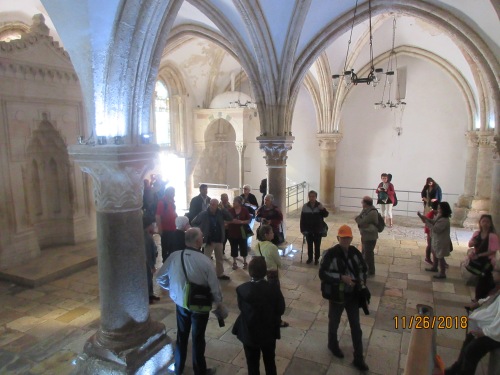 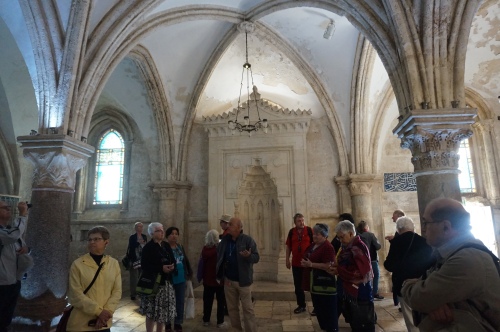 As you can see, this hall does not look at all like the simple room we see in paintings of the last supper.  Some of us had trouble visualizing Jesus sitting down with the disciples or reappearing to them here in such a large ornate hall.  Nevertheless, the room honours the location where all this happened.  We were indeed in awe in imagining Jesus breaking the bread and passing the cup right here.

Below it is the honorary Tomb of King David.  According to scripture, King David was buried on the Mount of Ophel and his body never recovered.  The tradition of honouring King David at this site here dates from the 12th century CE.  It is a holy place where Jews read and pray scripture every day. 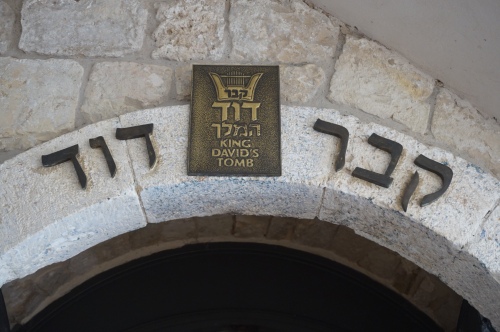 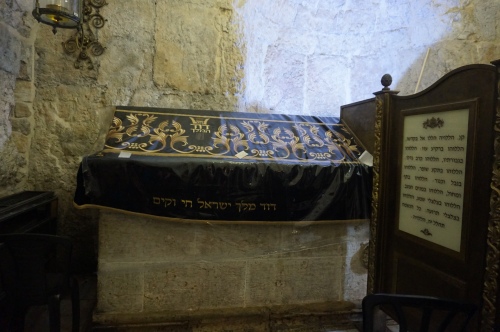 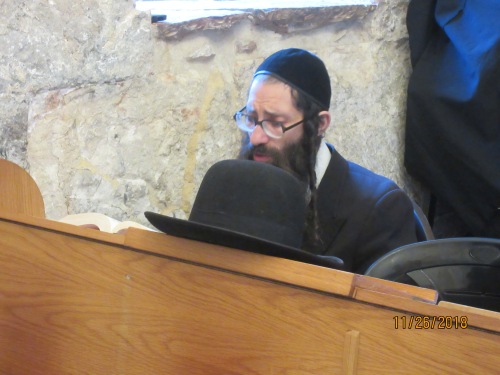 Lastly, the Dormition Abbey is nearby and is celebrated as the place where Mary fell asleep (died).  Unfortunately, the crypt below, where a lying statue in ebony and wood depicts Mary asleep, was closed for renovations. 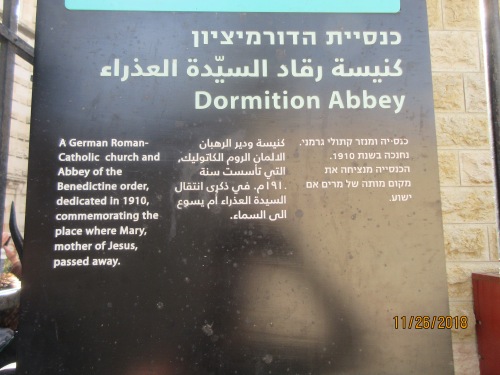 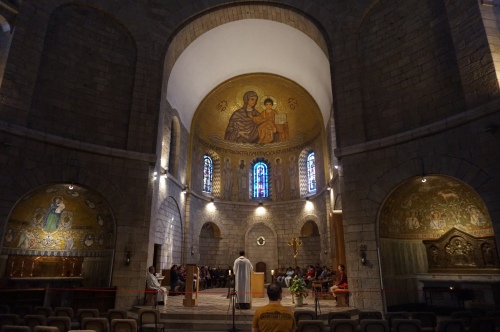 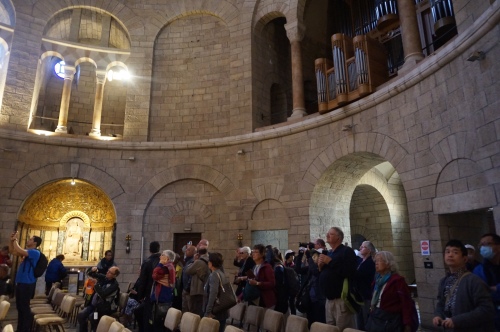 And rules all creation

We thanked God for our wonderful visit to Mount Zion, a safe spiritual home for all.